What is Acute Respiratory Distress Syndrome? 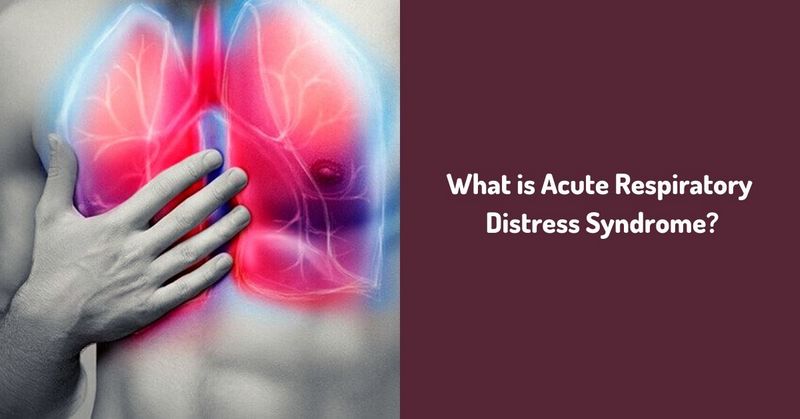 The pathology can be caused by inhalation of toxic substances, severe infectious lesions of the respiratory system, penetration into the lungs of liquids, massive blood transfusion, traumatic damage to the chest, extensive burn injuries, a shock of various etiologies, exposure to ionizing radiation.

The second is characterized by superficial rapid breathing, shortness of breath, cyanosis of the fingers and nasolabial triangle, increased heart rate. There may be coughing accompanied by the release of foamy sputum with a slight admixture of blood.

At the third stage, patients complain of a lack of air, they have a significant increase in heart rate, blueness of the skin, sharp shortness of breath, decreased blood pressure and increased breathing. The breathing in such patients becomes noisy and audible from a distance, retraction of intercostal spaces and supraclavicular fossae is observed. Coughing is accompanied by pink foamy sputum.

The fourth terminal stage is characterized by multiple organ failure, severe oxygen deficiency, a violation of the heart rhythm, depression of consciousness and coma.

When diagnosing this pathological condition, the specialist conducts a physical examination of the patient, performs lung listening using a phonendoscope. The patient is undergoing a study of the gas composition of the blood, during which a sharp increase in carbon dioxide is detected. A biochemical study of the blood is performed.

All patients undergo an X-ray examination of the chest organs, during which it is possible to establish changes in the lung tissue typical of this disease.

Many people lose body weight and a significant portion of their muscle mass during illness. Hospital rehabilitation can help them regain their strength and regain independence

Therapy for such patients should be carried out in the intensive care unit. Such patients are prescribed oxygen therapy, during which they receive oxygen through special devices.

In order to prevent pneumonia, such patients are prescribed antibiotic therapy. If necessary, the use of glucocorticosteroid, diuretic and anticoagulant agents is indicated. With severe pain, the patient is prescribed painkillers. In addition, patients take drugs to maintain the cardiovascular, urinary system and liver. With severe respiratory failure, the patient is connected to a ventilator.

Prevention of this pathological condition includes the timely treatment of various diseases of the respiratory system, the exclusion of exposure to agents that contribute to the development of disorders and careful medical monitoring of patients undergoing a blood transfusion.

What Is Pulse Oximetry And How Does It Work? END_OF_DOCUMENT_TOKEN_TO_BE_REPLACED