What is Airway Resistance? 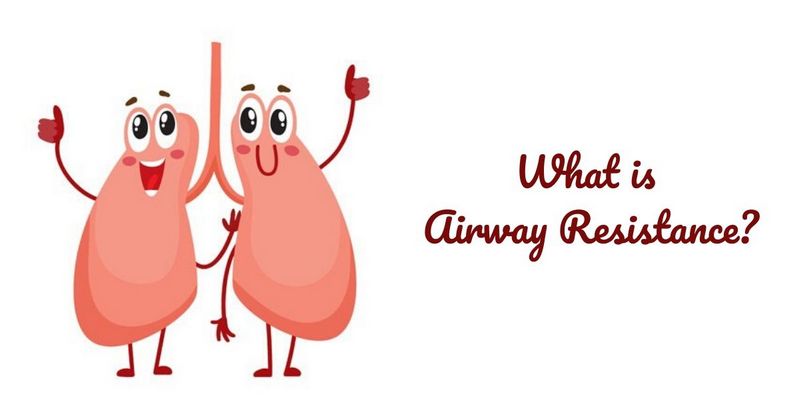 Airway resistance is the resistance to the flow of air through the respiratory tract during inhalation and expiration.

Resistance will increase if the diameter of the bronchioles decreases. When the diameter decreases, the resistance increases, as more gas molecules “collide” with the wall of the airways.

With increasing resistance of the airways, the airflow will decrease. Airflow is inversely proportional to resistance. This ratio shows the equation: Airflow = Pressure / Resistance.

In healthy lungs, the airflow usually does not encounter significant resistance: air easily enters and leaves the lungs.

Several factors alter airway resistance by changing the diameter of the airways. They cause contraction and relaxation of the smooth muscles of the wall of the airways, mainly bronchioles:

Normal values ​​of airway resistance are:

Due to the structural and functional features of the bronchi and bronchioles, the resistance of the airways differs significantly in different departments of the tracheobronchial tree. At the level of relatively large bronchi, the lumen of which is supported by cartilage rings, the resistance is minimal. At the level of smaller bronchi and bronchioles, resistance increases, since (I) the air mixture already travels a greater distance and (2) the lumen of the bronchi becomes unstable due to the absence of cartilage rings. The resistance of bronchioles is a very important factor for the distribution of air during both inhalation and exhalation. The lumen of the small bronchi is affected by:

The corresponding pathological changes in any of these factors can increase the resistance of the small bronchi, as a result of which there will be a violation of gas exchange in certain zones of the lungs.

During inspiration, the thrust of the elastic fibers of the lungs is directed outward along the radius of the small bronchi, thereby increasing the lumen of the bronchi and reducing their resistance. During exhalation, the elastic traction of the fibers decreases, the bronchioles no longer stretch, become narrower, and the resistance to airflow increases. That is why even normal expiratory time, as a rule, is 1.5-2 times longer than inspiratory time, especially since expiration in most cases is a passive process.

What Is Pulse Oximetry And How Does It Work? END_OF_DOCUMENT_TOKEN_TO_BE_REPLACED