What Is a Nomogram?

Home > News > Health Care > What Is a Nomogram? 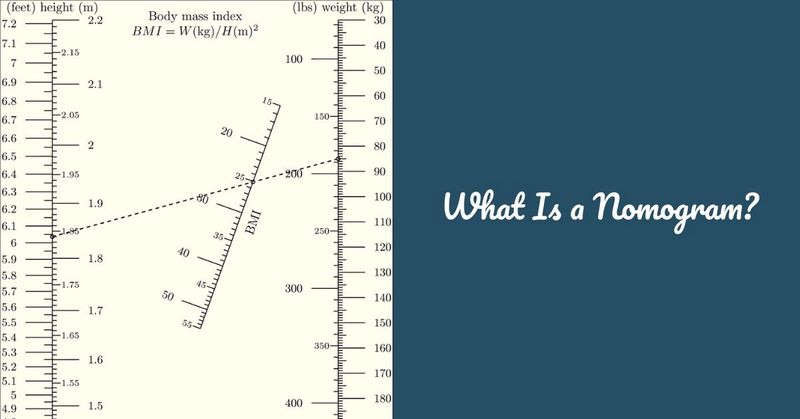 A nomogram (Greek: νόμος – law and γράμμα – writing) is a graphical representation of a function of several variables, which allows using simple geometric operations (for example, applying a ruler) to study functional dependencies without calculations, for example, solve a quadratic equation without applying formulas.

Geometric images of dependencies between variables, eliminating the need for calculations, have been known for a long time. The development of the theory of nomographic constructions began in the 19th century. The first was the theory of constructing straight-line mesh nomograms by the French mathematician L. L. Lalanne (1843). The basis of the general theory of nomographic constructions was given by M. Okan (1884-1891) – in his own works the term “nomogram” first appeared, which was established for use in 1890 by the International Mathematical Congress in Paris.

What Is Pulse Oximetry And How Does It Work? END_OF_DOCUMENT_TOKEN_TO_BE_REPLACED