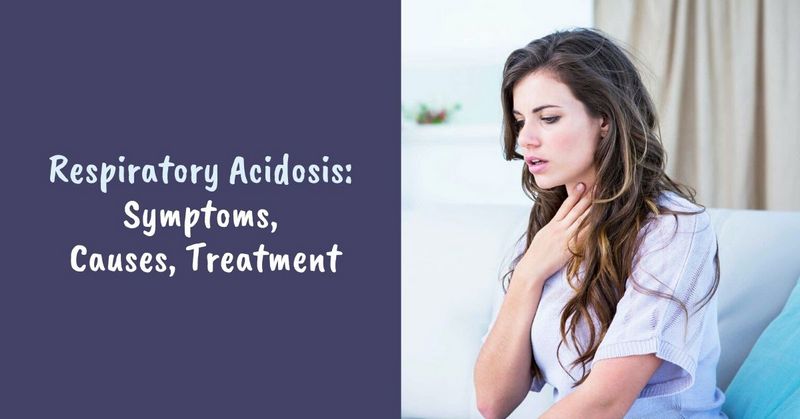 Respiratory acidosis is a condition in which the blood has an acid reaction caused by an increase in its concentration of carbon dioxide due to inadequate lung function or respiratory distress.

The first symptoms are usually headaches and drowsiness. With increased respiratory acidosis, drowsiness can progress to stupor and coma, which develop within a few seconds if breathing stops or is significantly impaired, or within a few hours if breathing function worsens less sharply. The kidneys tend to compensate for acidosis by preserving bicarbonate, but this process takes many hours or several days.

Respiratory acidosis develops when the lungs do not remove excess carbon dioxide. This is observed in diseases accompanied by significant damage to the lungs: emphysema, chronic bronchitis, severe pneumonia, pulmonary edema, asthma. In addition, respiratory acidosis can occur if the mechanics of breathing are disturbed due to damage to nerves or muscles of the chest, and when breathing is suppressed as a result of taking drugs and strong sleeping pills.

The diagnosis of respiratory acidosis is based on the results of the analysis of blood pH and the measurement of carbon dioxide in the blood taken from the artery.

Treatment of respiratory acidosis is aimed at improving lung function. People suffering from lung diseases, such as bronchial asthma and emphysema, need to take medications that help make breathing easier. With severe dysfunction of the lungs, regardless of its causes, artificial ventilation of the lungs using a special apparatus may be required.

What Is Pulse Oximetry And How Does It Work? END_OF_DOCUMENT_TOKEN_TO_BE_REPLACED