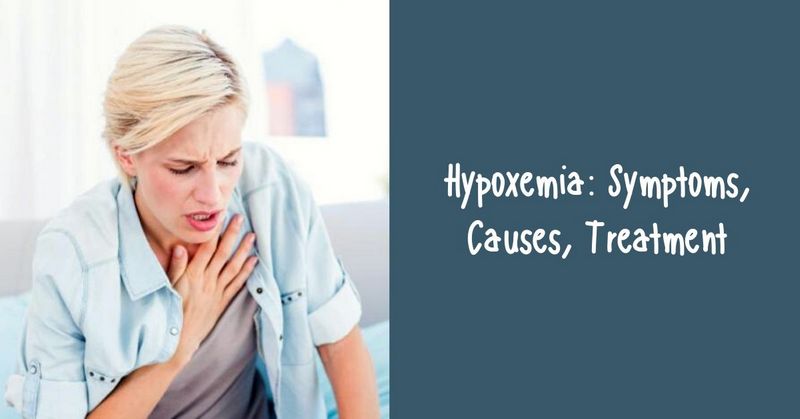 Hypoxia (Greek – “little oxygen”) is the state of oxygen starvation of the whole organism and individual organs and tissues caused by various external and internal factors.

Signs and symptoms of hypoxia, mechanisms for protecting the body from hypoxia

The signs of hypoxia are very diverse and almost always depend on the severity of its severity, duration of exposure and cause of occurrence. We will give the most basic symptoms and explain their causes of development.

Hypoxia is acute (develops after a few minutes, hours) from the onset of exposure to a causative factor or may be chronic (develops slowly over several months or years).

Acute hypoxia has a more pronounced clinical picture and severe rapidly developing consequences for the body, which may be irreversible. Chronic hypoxia develops slowly, allows the patient’s body to adapt to it, so patients with severe respiratory failure amid chronic pulmonary diseases live for a long time without dramatic symptoms. At the same time, chronic hypoxia also leads to irreversible consequences.

The above mechanisms in acute hypoxia short-term quickly depleted, which leads to the death of the patient. In chronic hypoxia, they are able to function for a long time, compensating for oxygen hunger but bring constant suffering to the patient.

The central nervous system is primarily affected. The brain always receives 20% of all body oxygen, this is the so-called “oxygen duty” of the body, which is explained by the enormous oxygen demand of the brain. Mild disorders of brain hypoxia include headaches, drowsiness, lethargy, fatigue, impaired concentration. Severe signs of hypoxia: disorientation in space, impaired consciousness up to a coma, cerebral edema. Patients suffering from chronic hypoxia acquire severe personality disorders associated with the so-called hypoxic encephalopathy.

The low oxygen content in the tissues is manifested by their staining in a bluish color (cyanosis). There is acrocyanosis – the bluish color of the fingers and nail plates and there may be cyanosis of the nasolabial triangle.

In addition to the characteristic symptom complex described above, there are laboratory-instrumental research methods used to diagnose hypoxia.

Therapeutic measures should be aimed at eliminating the causes of hypoxia, combating the lack of oxygen and correcting changes in the homeostasis system.

Sometimes, to combat hypoxia, it is enough to ventilate the room or walk in the fresh air. In cases of hypoxia, which was the result of diseases of the lungs, heart, blood, or poisoning, more serious measures are required:

In addition, to combat hypoxia, doctors prescribe drugs to restore the acid-base balance in the blood, neuro and cardioprotectors.

What Is Pulse Oximetry And How Does It Work? END_OF_DOCUMENT_TOKEN_TO_BE_REPLACED