Sepsis is a dangerous disease that develops when an infection enters the bloodstream. As a result, a systemic inflammatory reaction develops that encompasses the entire body and affects vital organs 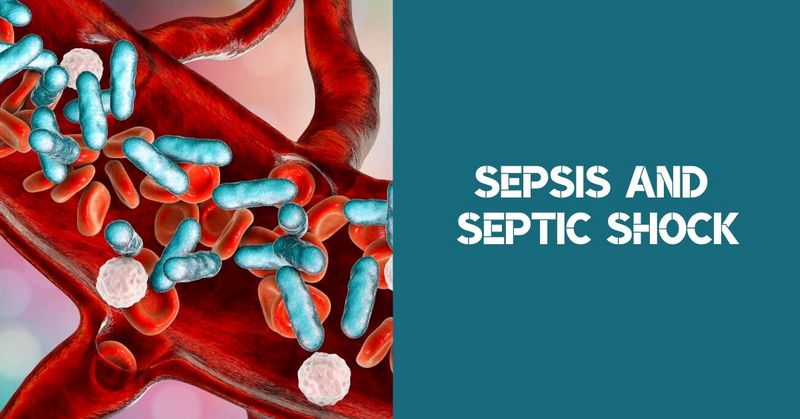 Translated from the Greek language, sepsis means “decay”. The people often call the disease “blood poisoning.” However, the Greek definition better explains the process that occurs in the body, because during sepsis a large number of purulent foci form throughout the body.

The most common pathogens that lead to infection are staph bacteria, streptococci, Escherichia coli, and various fungi.

What is a septic shock?

Septic shock is a type of sepsis with a significantly increased mortality rate due to serious circulatory and / or cellular metabolism disorders. Septic shock suggests persistent hypotension (defined as the need for vasopressors to maintain an average arterial pressure of ≥ 65 mm Hg and a serum lactate level> 18 mg / dL [2 mmol / L], despite resuscitation measures carried out in sufficient volume.

The concept of a systemic inflammatory response syndrome (SIRS), which is determined by specific disorders of vital functions and the results of laboratory tests, has long been used to detect sepsis in the early stages. However, it was found that SIRS criteria have insufficient sensitivity and specificity with an increased risk of death, which is the main aspect of using such a conceptual model. The lack of specificity may be due to the fact that SIRS is more often an adaptive rather than a pathological response.

Sepsis often develops against the background of the suppressed function of the immune system, with cancer, AIDS, HIV infection, congenital pathologies of the immune system. It may occur while taking immunosuppressive drugs, anticancer drugs, during radiation therapy.

Symptoms of sepsis in adults

Symptoms of the disease may vary depending on the location of the primary focus of infection. However, there are general symptoms that occur in all types of the disease. Usually, this is a sharp increase in temperature, fever can periodically be replaced by chills.

When the disease begins to progress, the patient’s appearance changes, the features are sharpened and the complexion changes, rashes (ulcers) appear on the skin. If the disease is acute, the patient may develop exhaustion, dehydration and pressure sores. Other symptoms of sepsis include:

Diagnosis is based on the clinical picture of the disease and a number of laboratory tests. Laboratory diagnostic methods include: polymerase chain reaction (an express method that allows you to accurately determine the nature of the infection); procalcitonin test (a specific method in the diagnosis of sepsis); blood test of the patient in order to isolate the pathogen.

The overall mortality of patients with septic shock is reduced and today is on average from 30 to 40% (in the range from 10 to 90%, depending on the characteristics of the patient). Unsatisfactory results are often associated with the lack of early intensive care (for example, within 6 hours after the diagnosis). It has been established that after severe lactic acidosis with decompensated metabolic acidosis, especially in combination with multiple organ failure, septic shock is likely to be irreversible and fatal.

It is possible to cure the disease if treatment is started in time.

Typically, such patients are placed in an intensive care unit, where, under the supervision of specialists, they receive antibacterial, detoxification, and symptomatic therapy. If necessary, they get support for the work of important organs, take immunostimulating agents.

One can only remove the focus of infection by surgery, completely removing the abscess. In the most severe cases, it is necessary to remove the entire organ.

In order to destroy the causative agent of the infection, doctors prescribe antibiotics administered intravenously.

The duration of treatment for sepsis is about 2 weeks. The patient can be considered recovered after full normalization of temperature and the absence of pathogens in two blood cultures.

The main measure to prevent sepsis is to observe aseptic conditions when performing surgical interventions and other medical procedures, as well as in the timely treatment of local purulent foci. The correct and proper use of antibiotics is also a preventive measure since the unauthorized use of antibiotics of the latest generations, without a doctor’s prescription, makes it impossible to effectively use them in really serious cases.

What Is Pulse Oximetry And How Does It Work? END_OF_DOCUMENT_TOKEN_TO_BE_REPLACED